High School text books back in the 1990’s introduced a diagram showing the evolutionary history of whales that is still in the minds of most people. A dog like creature (Mesoynchid) somehow evolved into a semi-aquatic walking creature called Ambulocetus which further evolved tail flukes like a whale, and its limbs became semi-flippers in Rodhocetus, which finally made the transition to a very whale like Basilosaurus.  This classic diagram designed by Futuyma in 1997 was a slight “evolution” up from the old National Geographic concept of a cow like creature, somehow wanting to go back to the water where its fishy ancestors had come from. Futuyma’s diagram was running supreme until Dr Philip Gingerich, an expert in whales, revealed a large amount of data used to make it is completely untenable.

In an interview with Dr Carl Werner, Gingerich revealed that tail flukes were not actually found as fossil bones on Rodhocetus, and neither have any bones discovered to date ever showed it had flipper type arms. Gingerich claimed; “they didn’t have flipper type arms, so no I don’t believe they have had a fluke tail.” In another statement Gingerich claimed that the popular Ambulocetus had eyes that were “too high on its head instead of its side… so it couldn’t have been on the on the main whale line.”

This left us only with real evidence for a dog like creature, plus the very whale-like creature Basilosaurus. Altogether this means that those who love to make family trees from the fossil record now have no tree to connect the branches of this claimed evolution together. What we have is two distinctly separate groups. One of them Basilosaurus, is obviously some kind of whale, as it even possess the rear internal pelvic bones found in modern whales.

Now let’s take a more in-depth look at some of the creatures claimed to have been to have been land creatures in the process of evolving into aquatic whales.

The evolutionary tree of whales usually begins with a creature named Pakicetus, meaning whale from Pakistan (-cetus means whale).  The first fossil of this animal was found in Pakistan in 1980 and consisted of an incomplete skull and jaw bone.  It was classified as a whale because the part of the skull near the ear, named the auditory bulla, was unusually thick.  This is a feature seen in whales, but the other ear bones indicated its ear functioned was like those of a land animal.  Since then more fossils of this creature have been found, and they show it actually was a four-legged, walking land animal the size of a wolf or large dog, and no more resembled a living whale than does a living dog.  (Nature, vol 413, p277, 20 September 2001)

This fossil was also found in Pakistan in 1993. Its name means “walking whale”.  This was a large, low slung creature with four short limbs with large long feet, and toes with small hooves.  It had a powerful tail and probably swam like an otter.  But whale it provably isn’t!

Another fossil found in Pakistan in 1992. The first specimen found had no limbs or tail and was reconstructed as a swimming animal with fins and tail flukes. Another specimen was later found which did have limbs.  After the second specimen was found, Philip Gingerich, suggested Rodhocetus was a semi-aquatic creature like a water desman, a small mammal that lives in rivers and swims by kicking with its hind legs.  Gingerich states there is no evidence it had a tail fluke, and recent reconstructions show a tail that would be used like a rudder, rather than a fluked whale tail used for propulsion. (Science, vol. 293, pp2239-2242, 21 September 2001)

This name means “king lizard” because it was thought to be a reptile when the first fossils were found. It has since been recognised as being an aquatic mammal.  There are several species, collectively called Basilosaurids, including a creature named Durodon.  These were completely aquatic creatures with tail vertebrae like those of whales and dolphins, indicating they had tail flukes.  Some also had tiny hind-limb bones that were not connected to the spine.  These are sometimes claimed to be vestigial legs, but according to whale expert Philip Gingerich, the “Hind limbs of Basilosaurus are most plausibly interpreted as accessories facilitating reproduction. … used as guides during copulation which may otherwise have been difficult in a serpentine aquatic animal.”  (Science vol. 249, pp154-157, 13 July 1990)

Living whales have also been claimed to have vestigial legs as they have small bones in their pelvic region. However, we know these have a function in supporting and stabilising the pelvic organs.

What can we conclude from the fossil evidence?

There is no evidence that any of the above fossil creatures, or any others in the textbook whale evolutionary tree, ever turned into a whale. Simply arranging fossils according to the number of land or water dwelling features it has, does not prove one evolved into the next in a diagrammatic sequence.  There is no more reason to believe that extinct semi-aquatic creatures evolved into whales any more than we should believe than living semi-aquatic creatures are evolving into whales now.  The fact that they are extinct does not mean they evolved into anything else.  It simply means they are dead and buried, which is a good reminder that the fossils do not show the history of life on earth, but only the record of death on the planet.

As such the fossil record is a testament to the Biblical history of the world, corruption and decay have passed onto all creatures through man’s sin and disobedience to our Creator, who in the beginning created a very good world teeming with aquatic and land-dwelling creatures. (See Genesis1 and Romans 8)

For those who really want to dig deep, check out the fossils Durudon and Ballena whales, both of which also possess rear pelvic bones as does Zygorhiza kochii. Despite the popularity of the claims about whales walking back into the sea, real whale fossils show they never had any real legs. 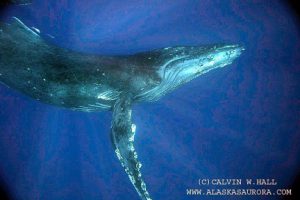 The Bible says that “God created great whales and every living creature that moves, which abundantly after their kind, and God saw that it was good.” (Genesis 1:21) The evidence from living and fossil creatures is another reminder from that God always tells the truth.

Also, note that all present day creatures that live a semi-aquatic life, such as otters, seals, walruses, sea-lions, etc., are fully functional animals, well suited to their environment, and have been observed to only produce their own kind, just as Genesis says about all living things. No-one makes the claim that any of these are evolving, or have evolved, into whales.

We also need to understand one important principle about using fossils as evidence for evolution: fossils are dead and buried and cannot be observed to be changing from one form into another. A fossil only indicates that a creature existed and it or a trace of it, such as a footprint, became buried in sediment that turned into rock.  If there is no living creature like it on earth today, we can reasonably state it is extinct.  If it is the same as a currently living creature it is called a living fossil, which is actually evidence against evolution and in favour of the creature having multiplied after its kind, just as Genesis says.

Now let’s consider the process of transition, which is an active process and is only proven if the change from one form to another is actually observed while it is happening. For example, we can say that a tadpole undergoes transition into a frog because we can actually see it happening.  We know this is not evolution, because the next generation of frogs is observed to go through the same life cycle of egg, tadpole and frog, and these dramatic changes are all part of being the Frog kind.  Nevertheless, if land dwelling walking animals evolved into swimming whales the change in body form would have been just as dramatic as tadpole to frog, but the change had to be permanent and one way, and the next generation had to reproduce the new aquatic form, so note well, no one can say such a transition has occurred unless we observed it actually happening.